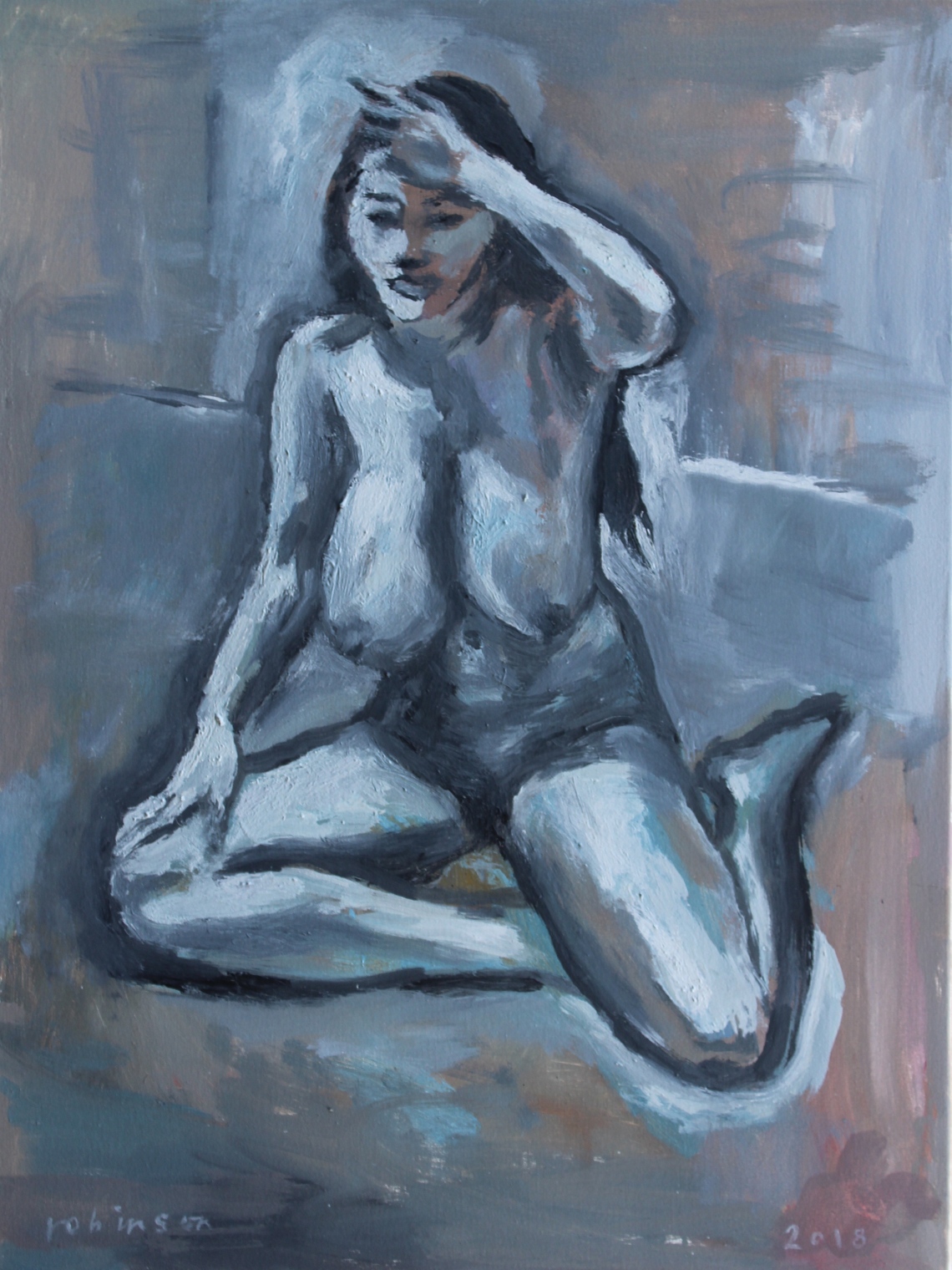 I painted this study last year mostly with Picasso’s “Les Demoiselles d’Avignon” in mind thus the masque-like countenance of the model.

After leaving art school, Sheffield Junior Art School and then Reigate School of Art, (which no longer exists,) in 1969-70, (I can’t recall the precise date now,) and after having got a load of other stuff out of my system I began, in 1974, to study and copy the old masters in earnest.

At Reigate I seem to recall spending a great deal of time in the Life Class. Unfortunately the drawings I did got stolen somewhere in Croydon and I never recovered them.

(BTW I studied sculpture later on at Falmouth School of Art, which also exists no longer!) Prior to that I had been attending Harry Weinberger’s seminars at the Coventry School of Art (another that no longer exists!)

Anyway, so, my painting of Hitomi Tanaka is a kind-of homage to Picasso, his Demoiselles, which was a pretty astounding piece when it appeared on the art scene in 1905 (I think it was…)

It’s grey because I went through a short “grey” period. There are several of these “grey” paintings. Just black and white and mixtures maybe over a coloured ground.]

This site uses Akismet to reduce spam. Learn how your comment data is processed.